Go Back to Shop All CategoriesFlight AcademyGuidesNews
HomeBlogGuidesPhantom 3 vs. Mavic Air – The Evolution of DJI Drones 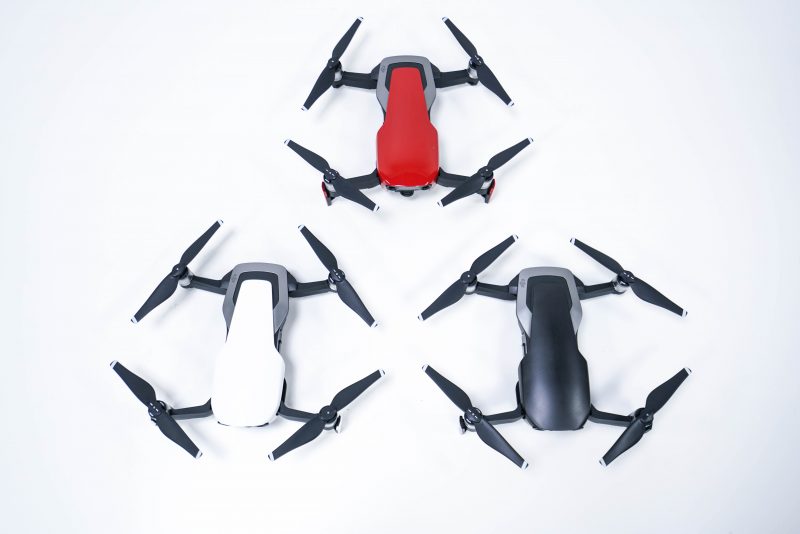 In today’s fierce global marketplace, companies need to adapt quickly and innovate to survive. DJI products have come an incredibly long way in a few short years, helping the company stay ahead of the competition.

In April of 2015, DJI released the first two drones in their Phantom 3 series, the Phantom 3 Advanced and Professional. Less than three years later, the company unveiled the Mavic Air, a powerful, foldable, 4K drone that’s a fraction of the Phantom 3’s size with even more smart features and advanced hardware.

To get an idea of just how much DJI technology has improved, let’s take a closer look at some key features of the Mavic Air and Phantom 3 Pro.

Like with most technology, drones are getting smaller and smaller. Not long ago, the only UAVs for hobbyists were colossal and unwieldy fixed-wing aircraft or helicopters. DJI broke new ground with the Phantom, which was small enough to fit into a dedicated backpack, along with a couple of extra batteries and a controller. Drones like the Phantom 3 Pro are great, but they still take up a good deal of space, they weigh quite a bit, and traveling with one is certainly a commitment.

Conversely, the Mavic Air isn’t much larger than a smartphone when folded, so it’s easy to throw into any backpack along with a laptop, snacks, or whatever else you may need. Its compact design makes it highly suitable for taking on vacations and outdoor excursions. 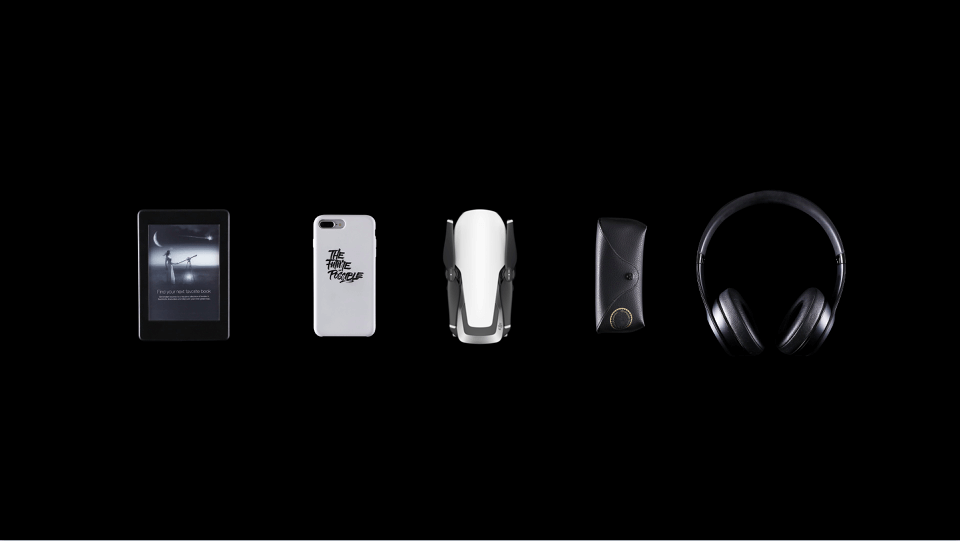 High-quality stabilized cameras are one of the things that set DJI drones apart from the pack. In the past, if you wanted a camera on a quadcopter, you’d need some technical know-how to install it yourself.

DJI was the first company to include both a built-in camera and a video transmission system into a ready-to-fly drone with the Phantom 2 Vision, followed up by the Phantom 3 series. The Phantom 3 Professional set new standards for camera drones with its 3-axis 4K gimbal camera featuring a 1/2.3” CMOS sensor.

Amazingly, the Mavic Air’s 3-axis gimbal camera features a sensor of the same size in a much more compact, recessed casing. For video, the Mavic Air’s camera is even better than the Phantom 3 Pro’s, since it records 4K footage at 100 Mbps, as opposed to 60 Mbps. That means every shot contains much more detail. 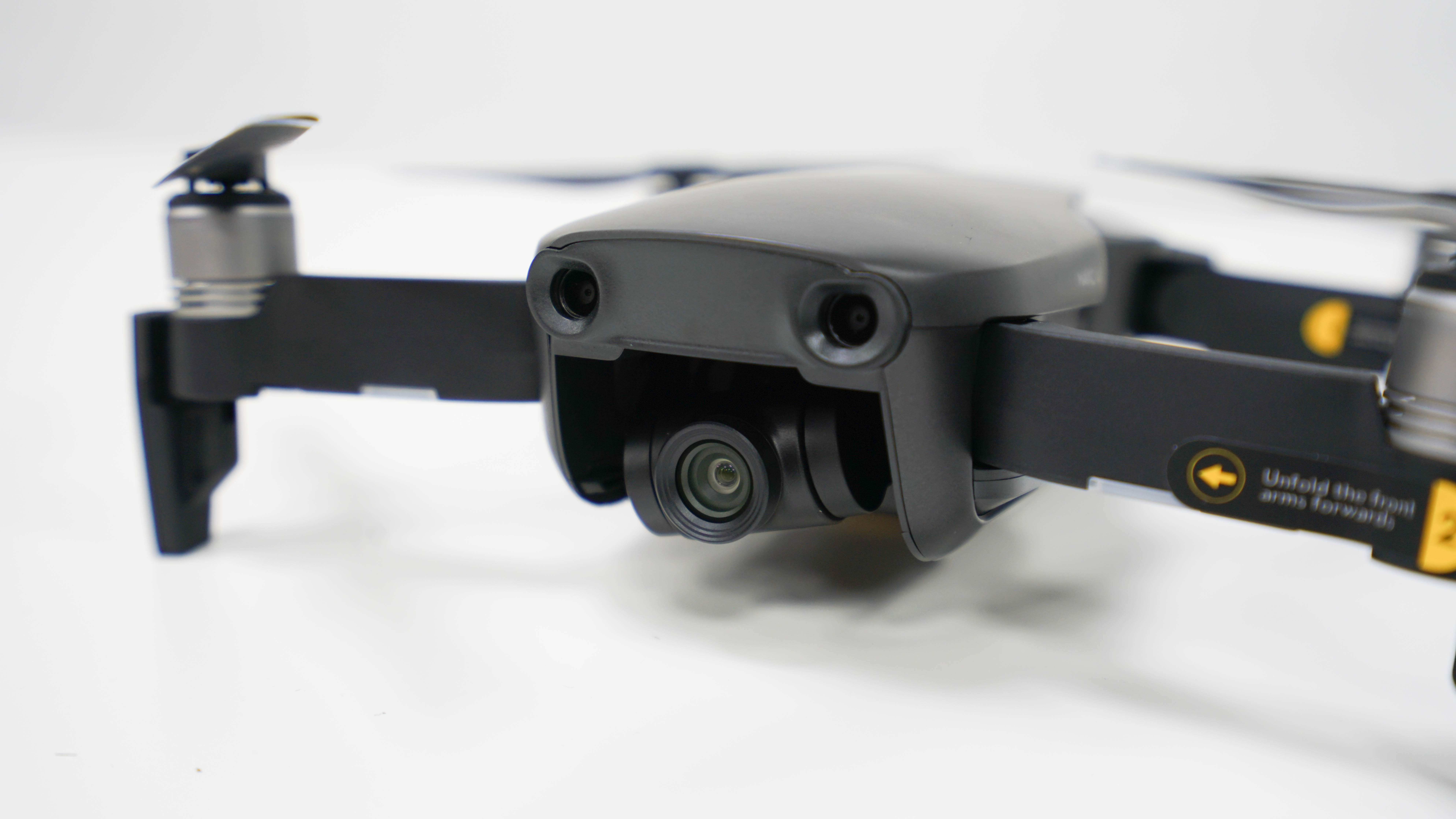 Apart from a primary camera used to capture photos and videos, DJI drones also feature smaller cameras known as vision sensors. These allow the drone to hover precisely in place and detect potential obstacles. Over time, DJI has added more and more of them to their drones.

The Phantom 3 Pro only featured a single downward facing vision sensor for stabilization. The Mavic Air, on the other hand, features two downward facing cameras, which allow the drone to more accurately detect movements in the ground below and stabilize accordingly using visual inertial odometry.

And that’s not all! The Mavic Air has binocular vision sensors on its front and back as well. These allow the drone to detect obstacles and even fly around them with a new feature called APAS. Just push the control stick forward or backward, and you’ll fly right around detected obstructions! All of the Mavic Air’s sensors bundled together into a system DJI calls FlightAutonomy 2.0.

The Mavic Air doesn’t fly quite as long as the Phantom 3 Pro (21 mins vs. 23 mins) and its max transmission distance is slightly less (4 km vs. 5 km when FCC compliant), but that’s understandable given how much information it’s processing and its significantly reduced size. But the Mavic Air is faster than the Phantom 3 Pro, with a max speed of 68.4 kph compared to the Phantom 3 Pro’s 57.6 kph. Plus, the Mavic Air has Sport mode, which is a great way to experience the thrill of flight to the fullest. 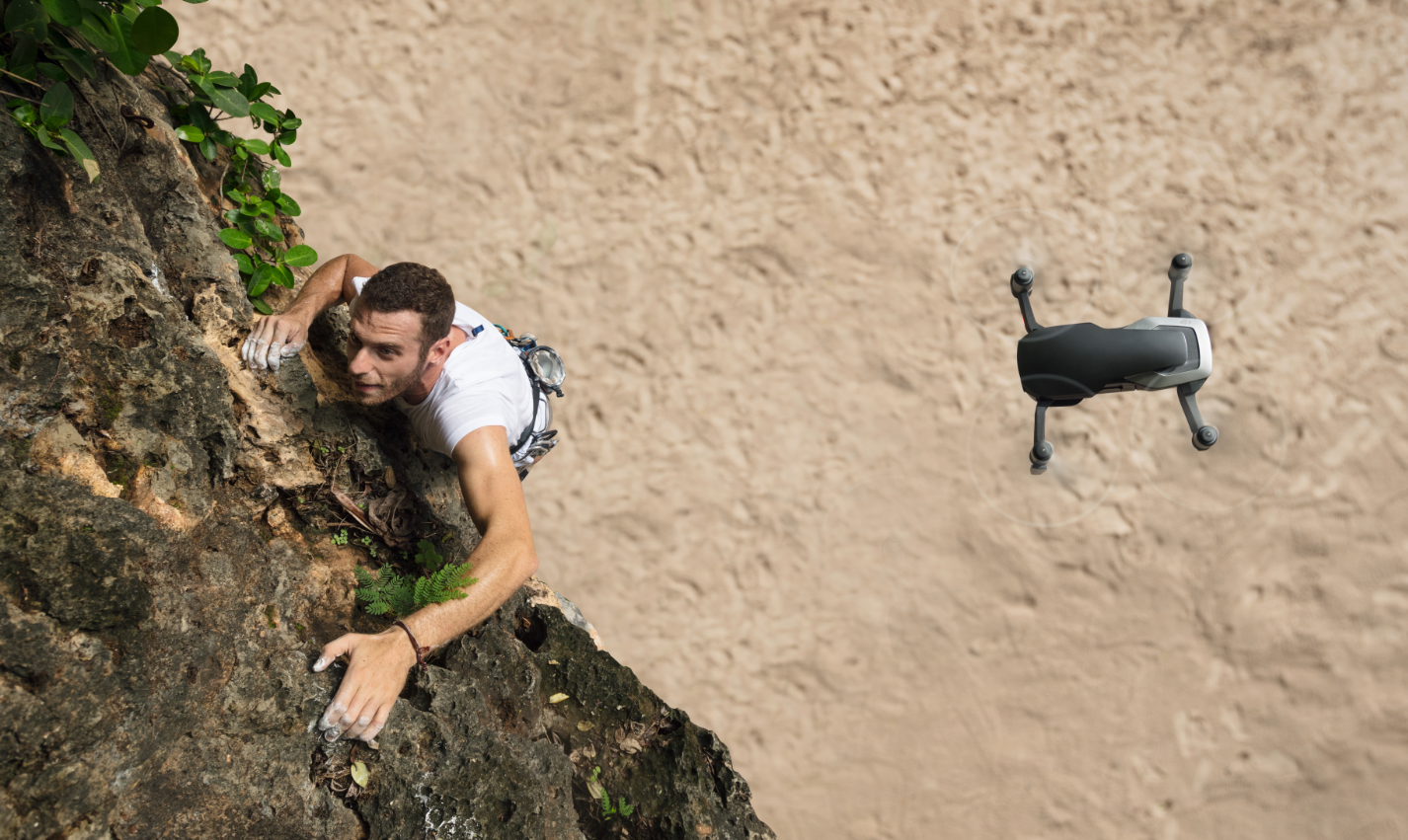 So which is better?

Both are great drones, but you just can’t beat the combination of power and portability that the Mavic Air offers. If you’re often out and about and want to capture the world from above wherever your adventures take you, get yourself a Mavic Air today!

Want to find out how the Mavic Air compares to other DJI drones?

In Love with Drones: Ideas for Every Couple

In Love with Drones: Ideas for Every Couple Shot by Spark, Photographer: Terry McLaughlin Who ever said that drones are for tech geeks and pros only? With intelligent features and intuitive functions, today’s drones are great for anyone, which means that a camera lens in the sky has become available for everyone! Among the different types...

DJI’s Mavic Air was announced at the end of January. Sure, it wasn’t exactly what we were expecting from the industry’s leading manufacturer. But that didn’t stop us from getting hold of one for a review. We had our chance to fly it for the first time over the weekend. Below are the initial impressions and raw...