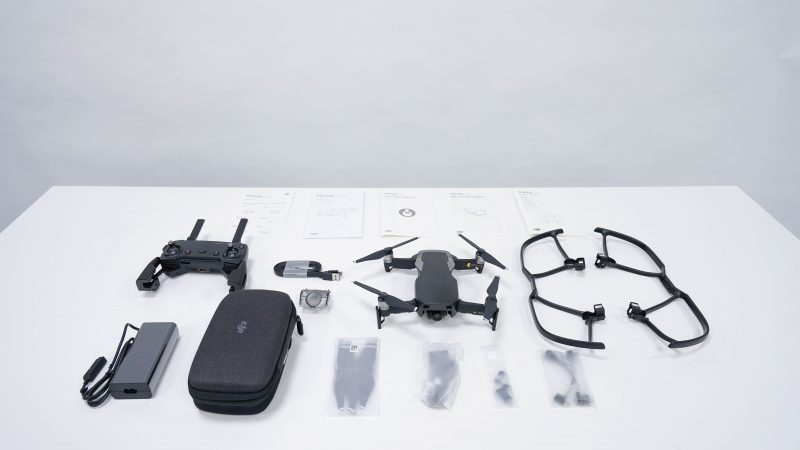 It’s finally here! The long-awaited DJI Mavic Air has been announced, and as you’d expect from the name, it’s a smaller, lighter version of the company’s iconic 2016 folding drone, the Mavic Pro. The time has come for our first-look and unboxing, so without further ado, let’s get stuck in!

What’s in the Box 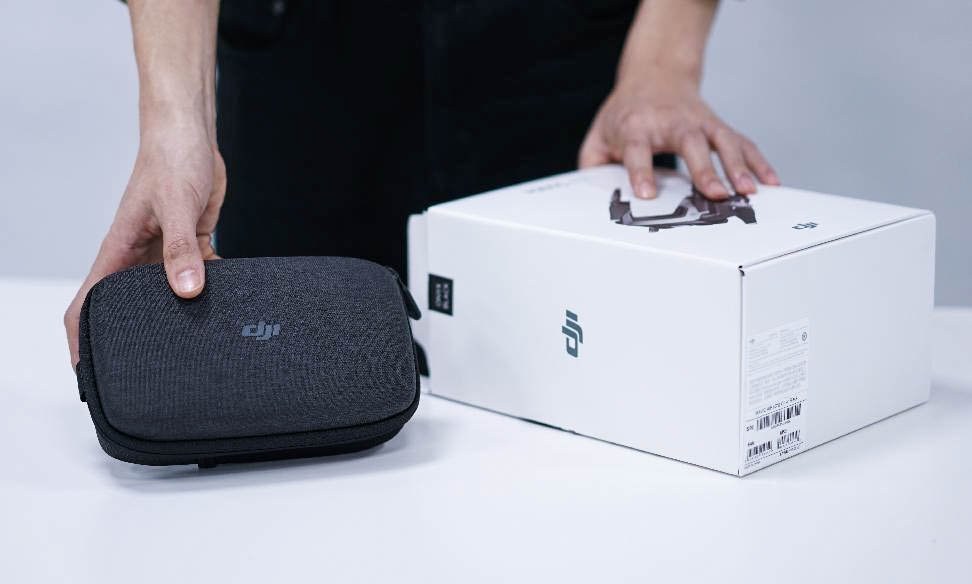 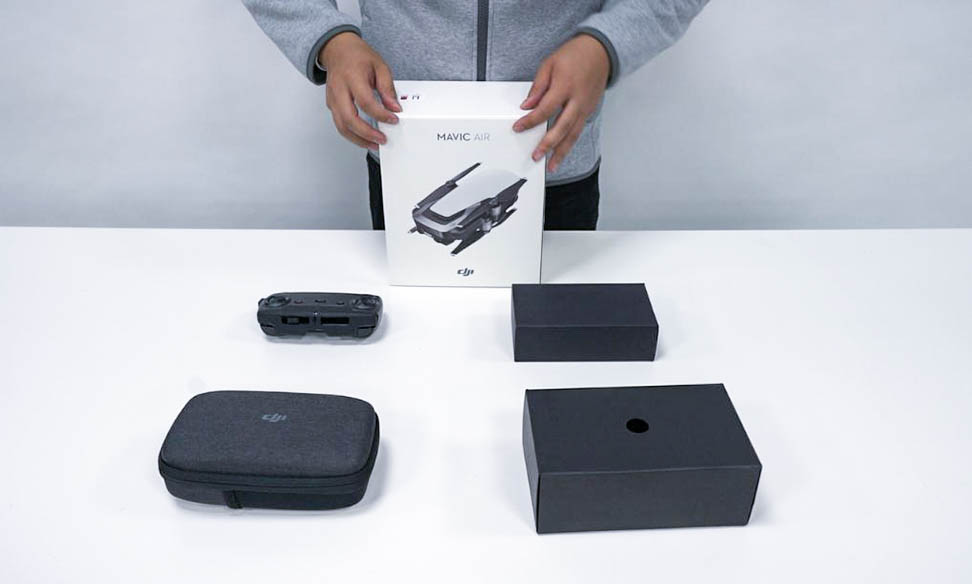 ▲ On opening the box, you’ll find two black boxes,
a stick-less remote controller, and a carrying case with the Mavic Air drone inside. 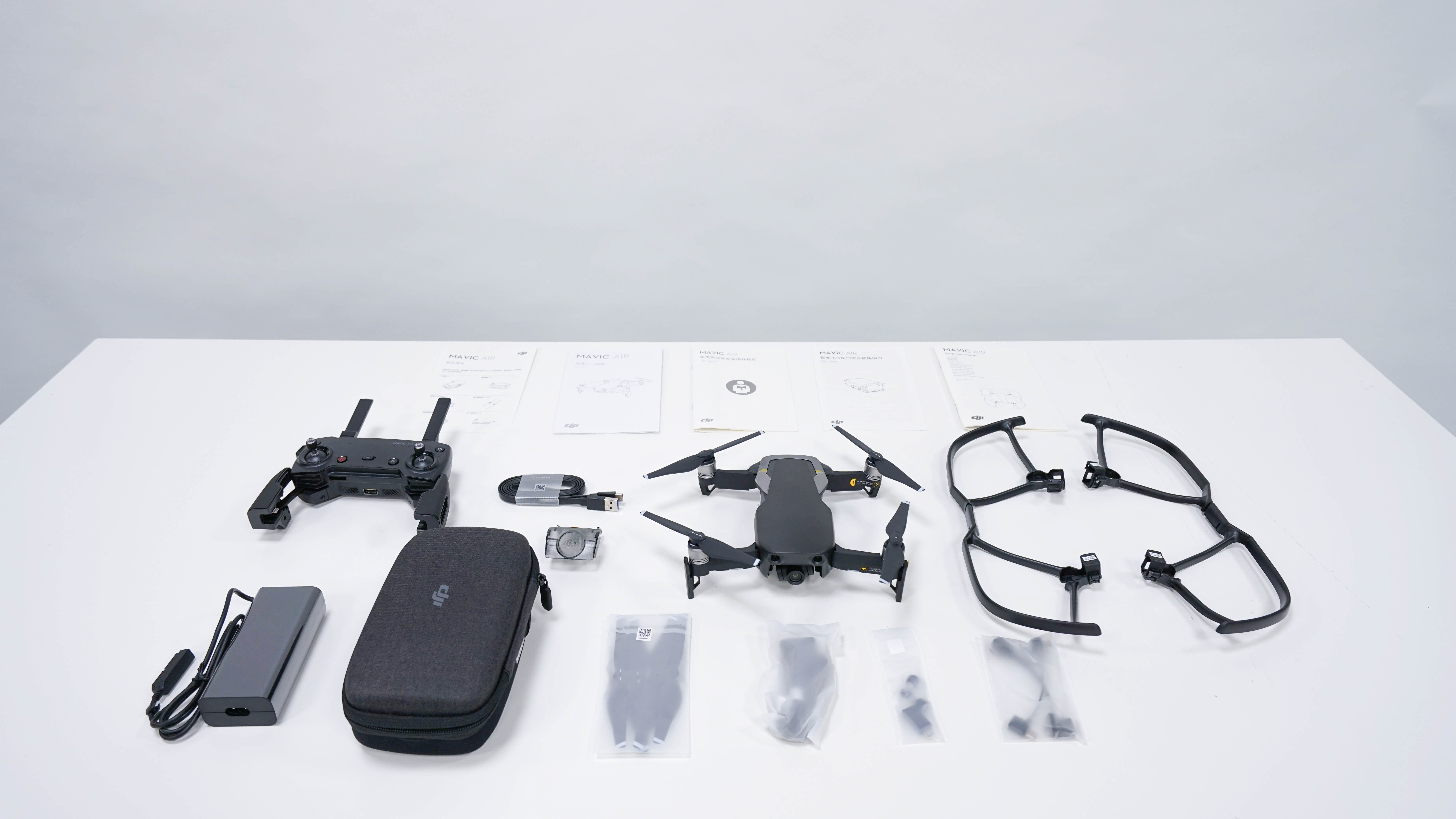 Whether unfolded or folded, once you have your hands on the Mavic Air,  you’ll soon be in awe of its unique sense of style. 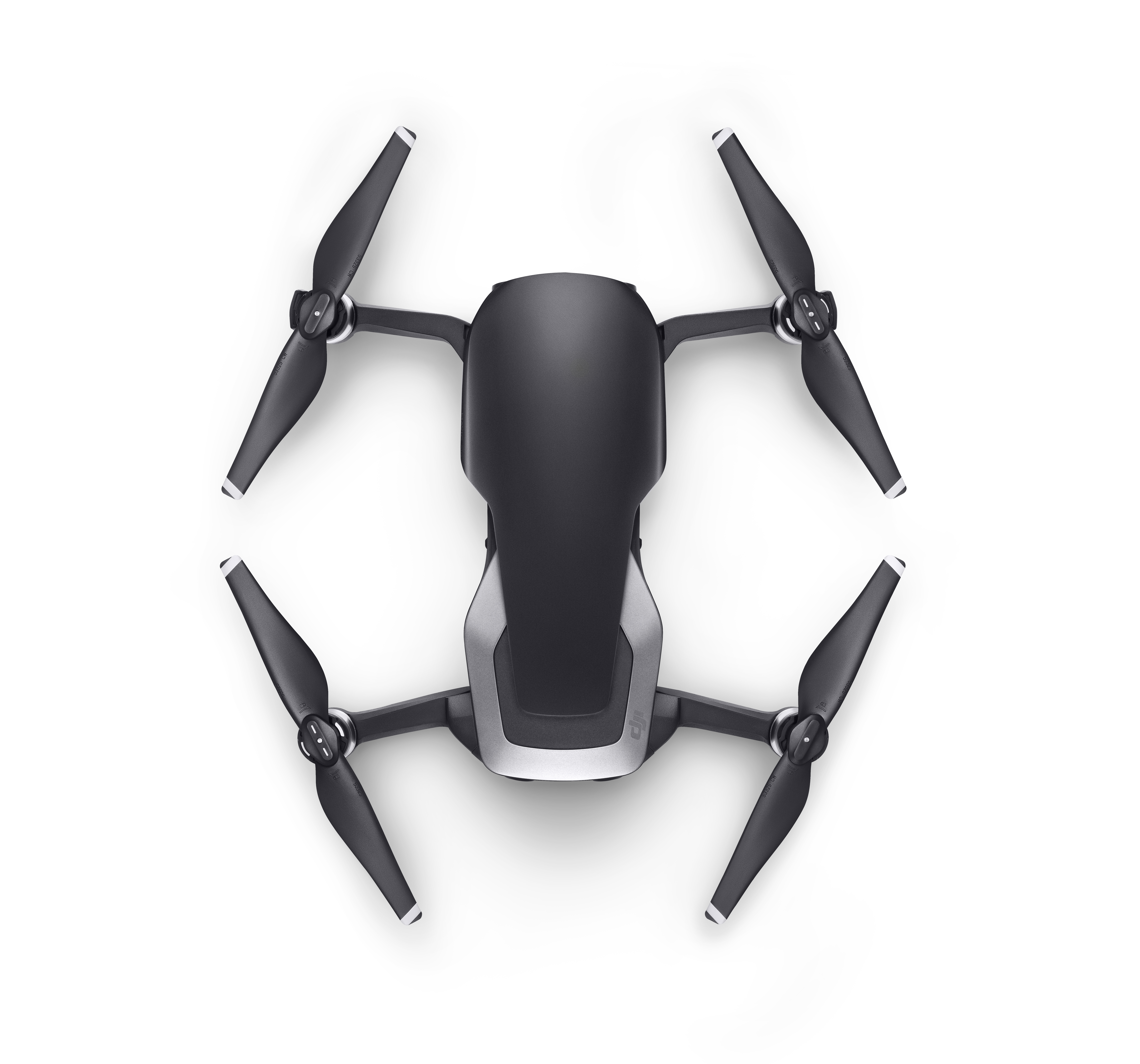 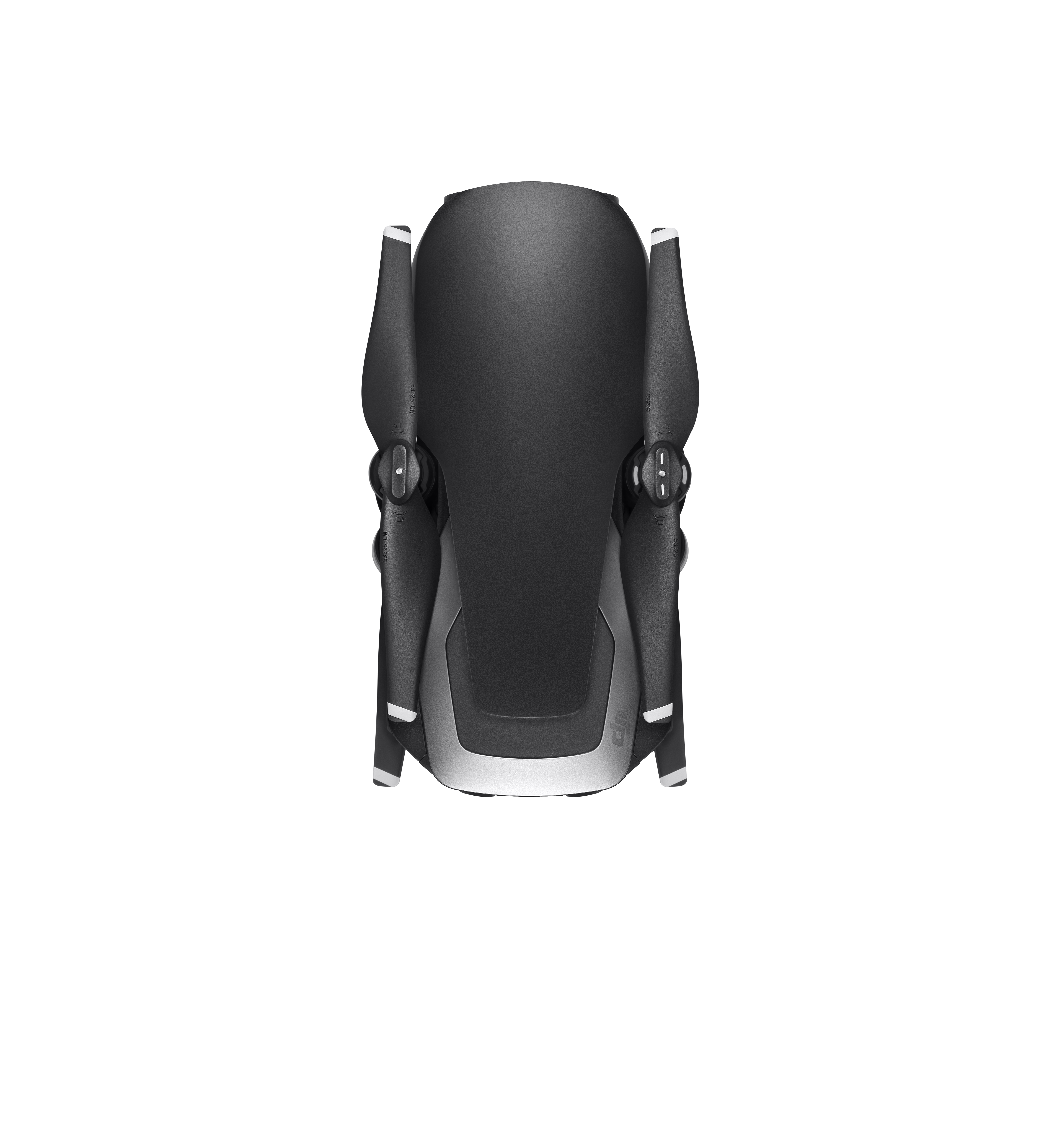 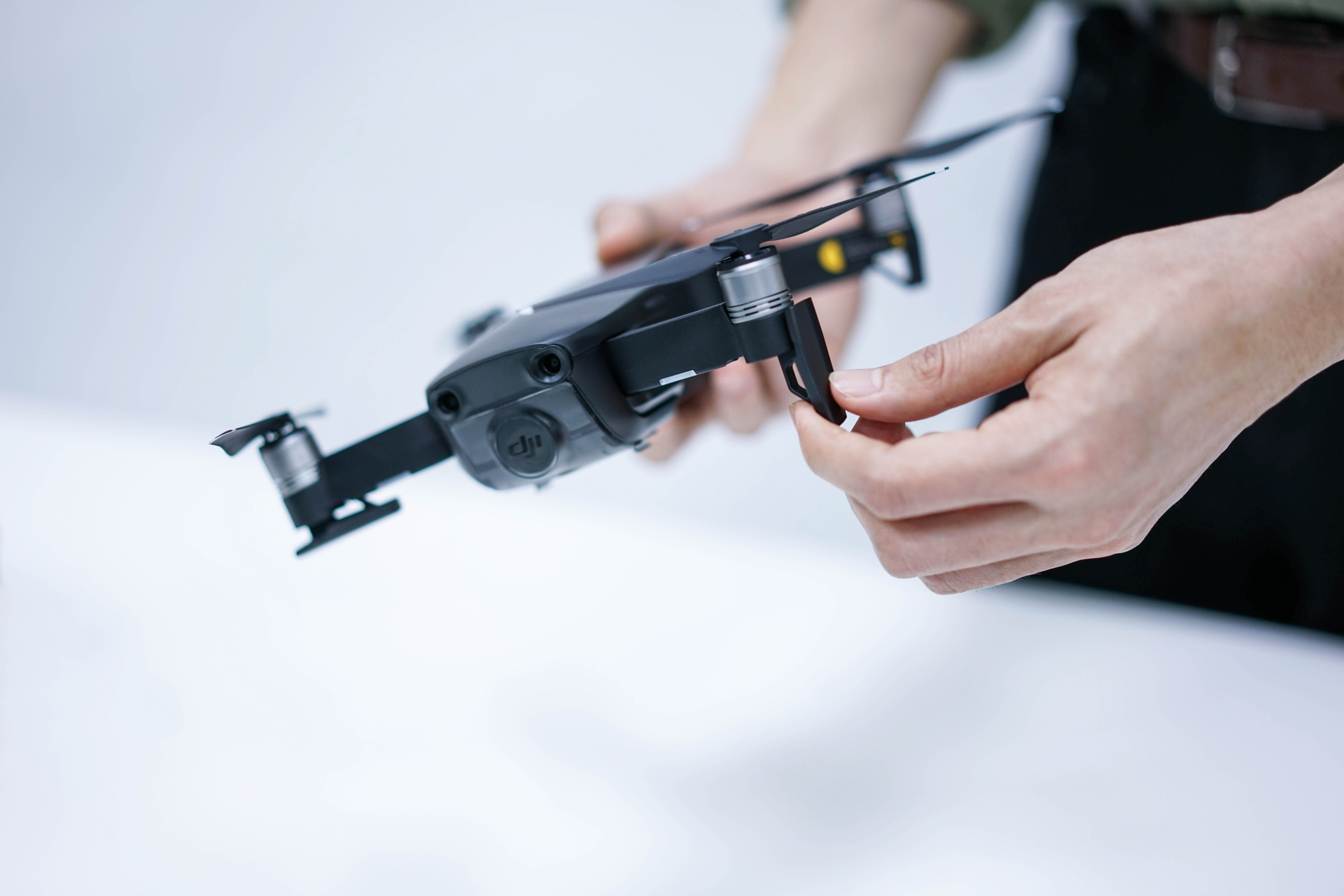 As you can see, the Mavic Air is as tall and wide as a smartphone when folded and is about half the size of the Mavic Pro Platinum, weighing a staggering 41% lighter. It has the smallest profile of any DJI drone to date. When folded and in the carrying case, the whole package is the size of a glasses case but is just as easily compared to everyday objects like a pair of noise-cancelling headphones, a kindle, or even an iPad Mini. 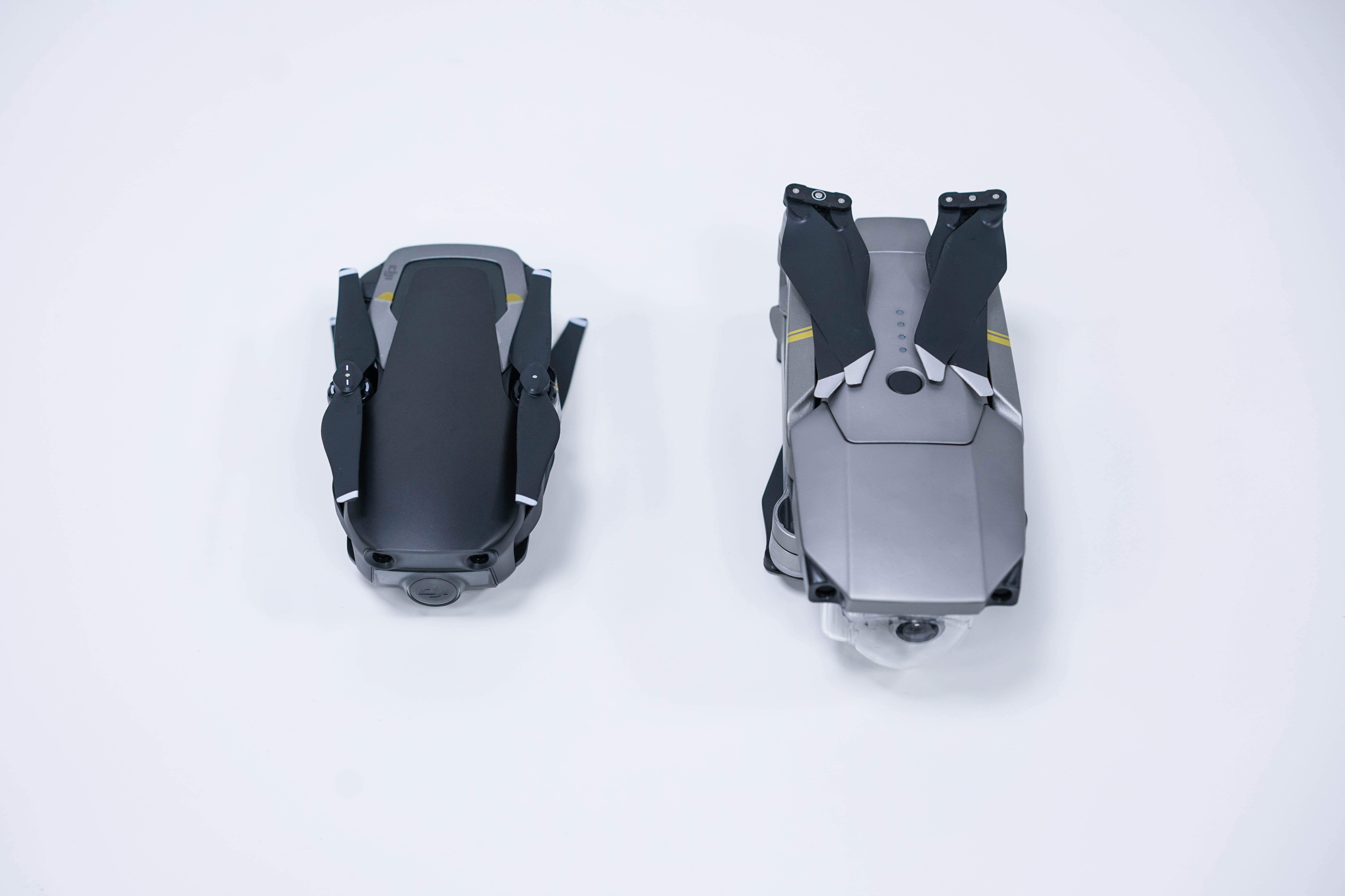 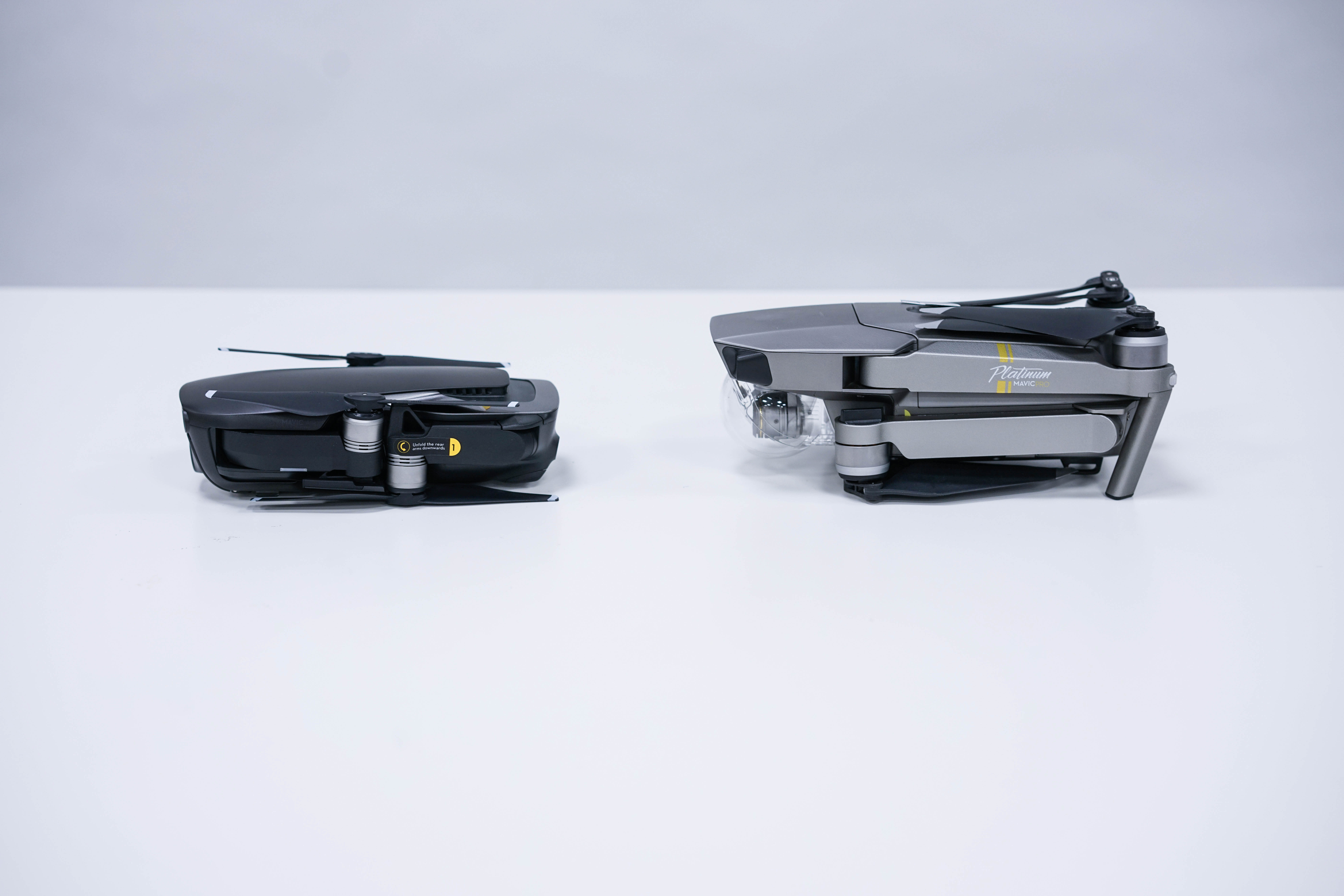 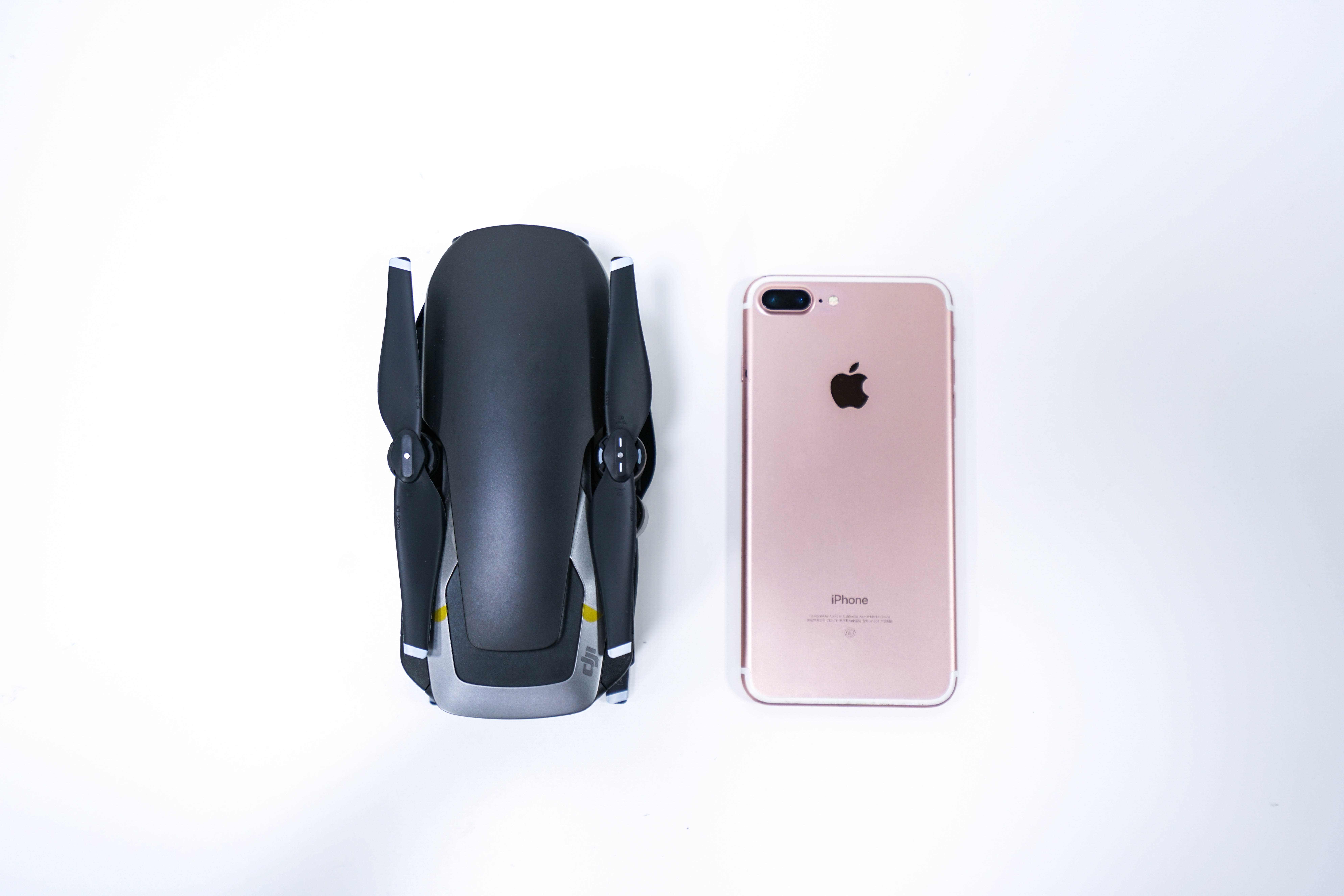 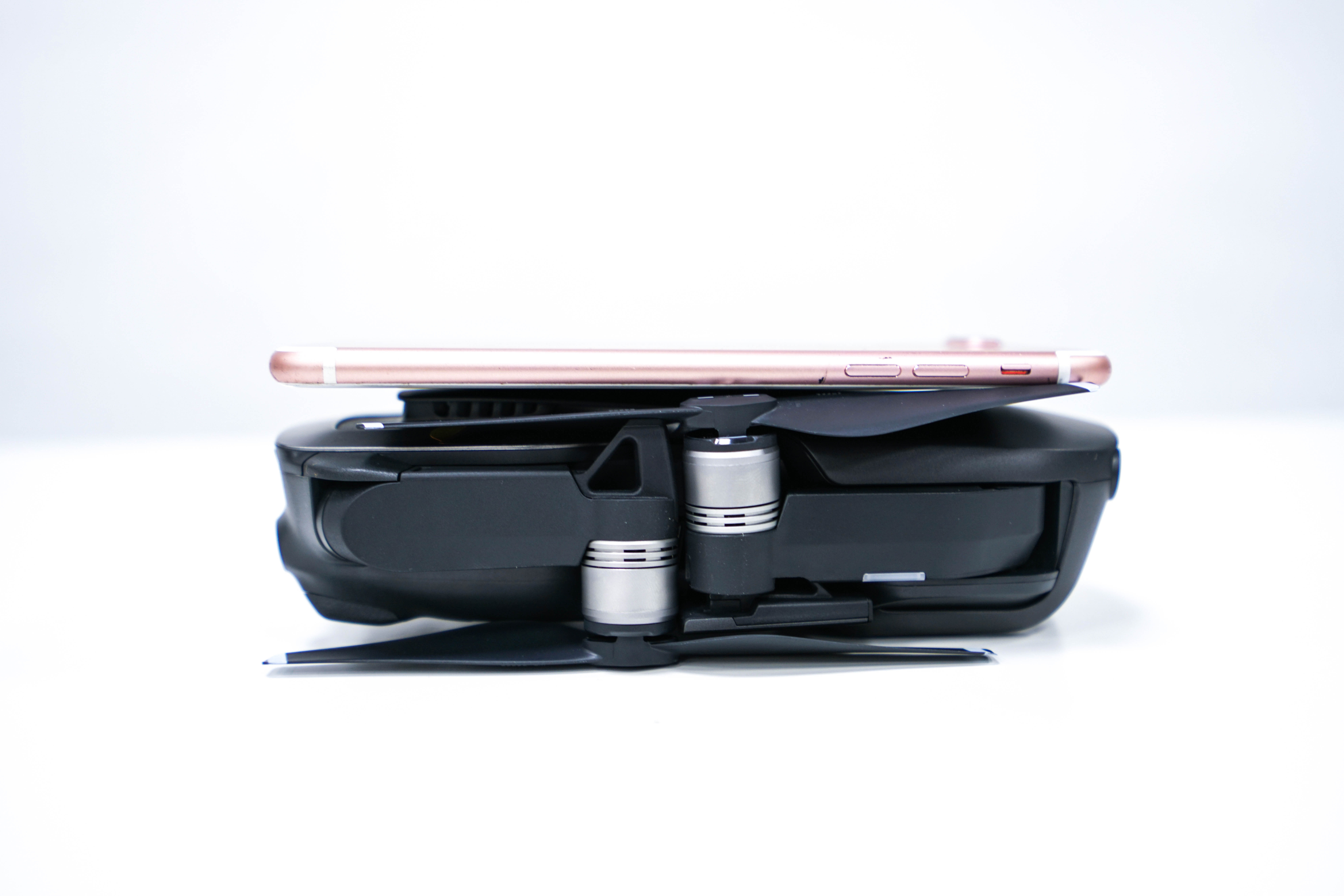 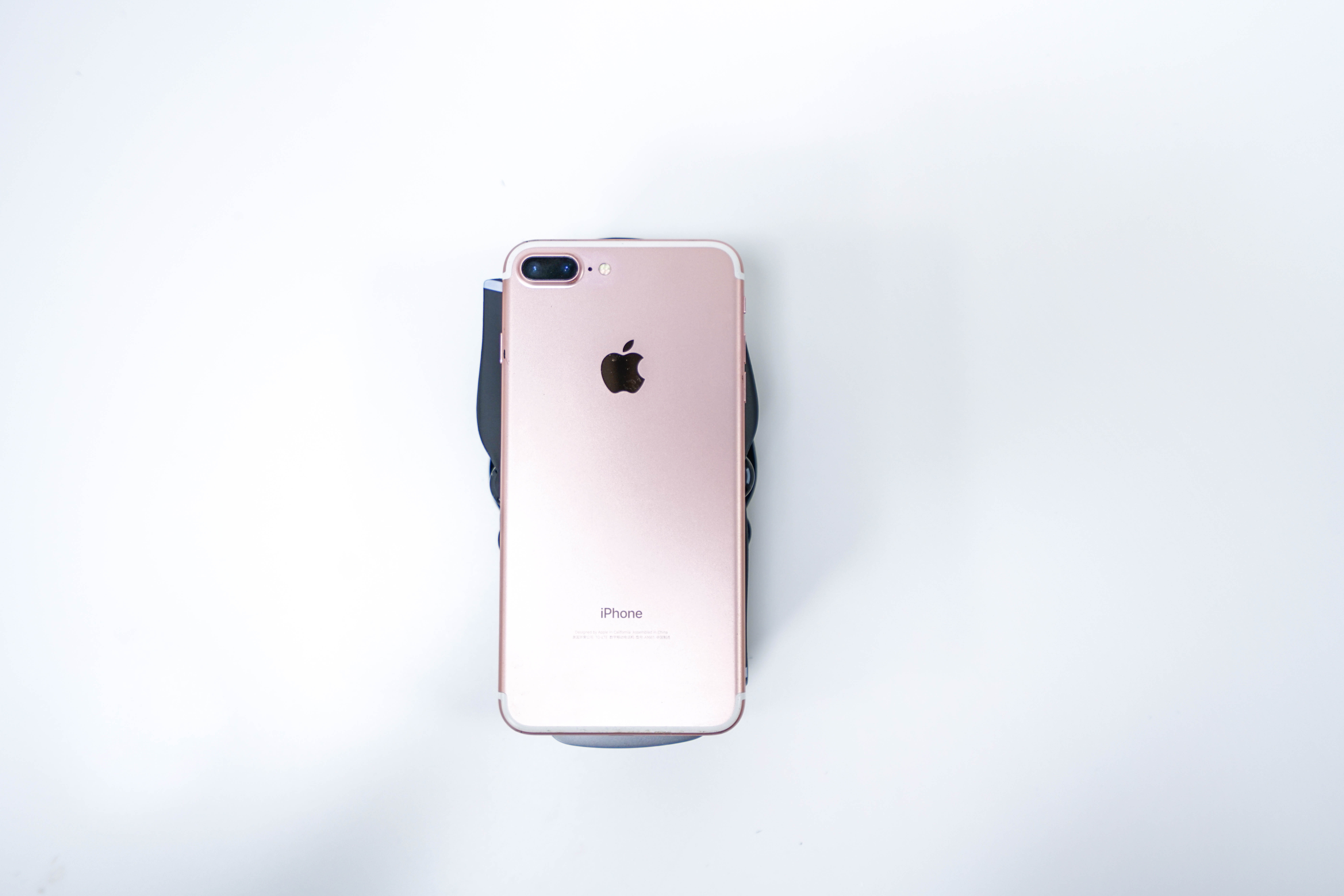 ▲ Mavic Air vs iPhone 7 Plus

The Mavic Air is a creative tool that enables unlimited storytelling right from your pocket. And that starts with its powerful imaging system. The camera features a 1/2.3 inch CMOS sensor with a 24 mm f2.8 lens. It can shoot 12 MP stills and record 3-axis stabilized 4K videos up to 30 fps. 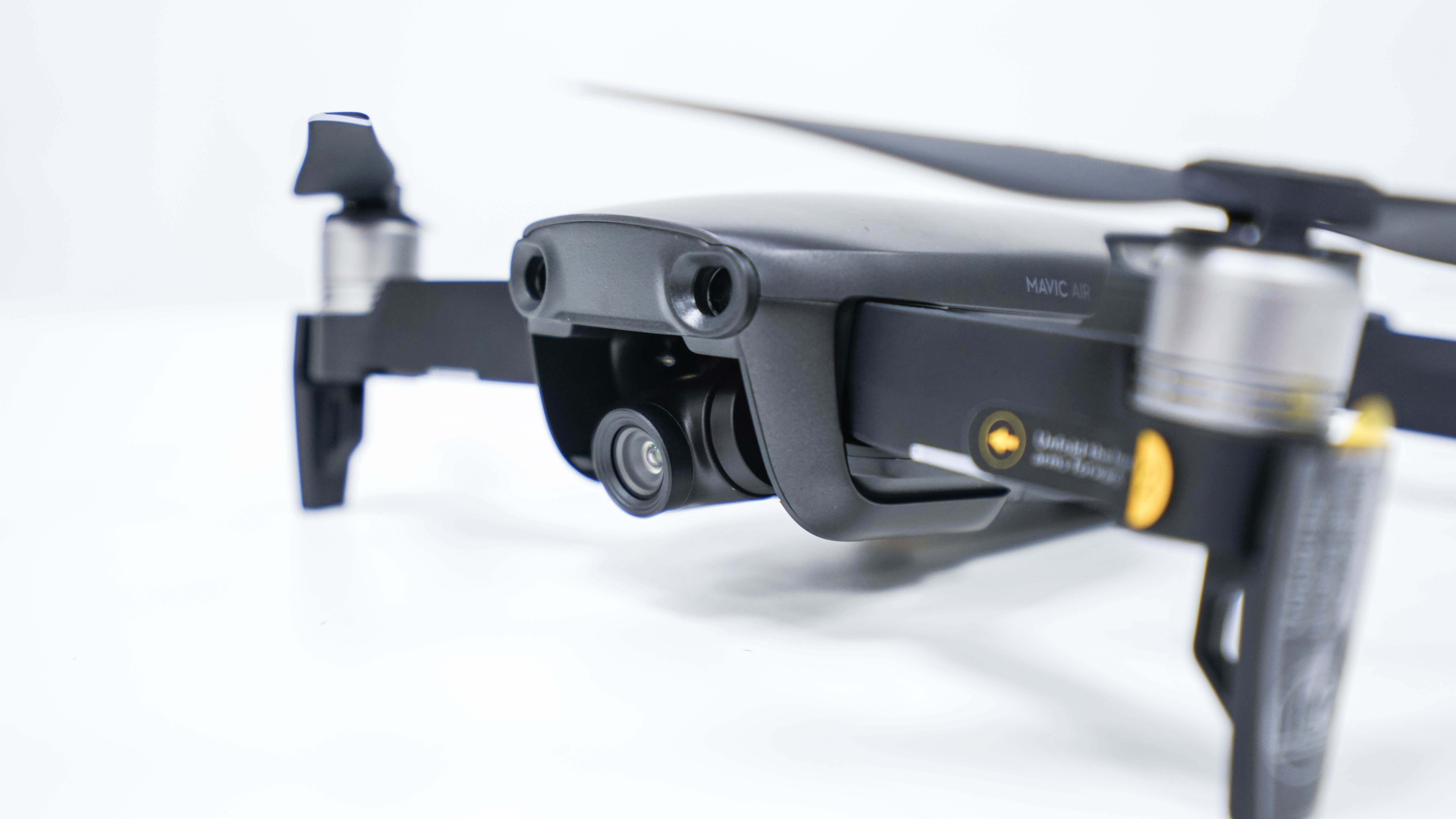 The Mavic Air is the smallest drone to feature a 3-axis gimbal and captures amazing, steady images. Using a new layout to provide multiple dimensions of vibration dampening, the gimbal further reduces vibration for incredibly steady shots. The recessed gimbal casing protects the gimbal in air and when being transported. 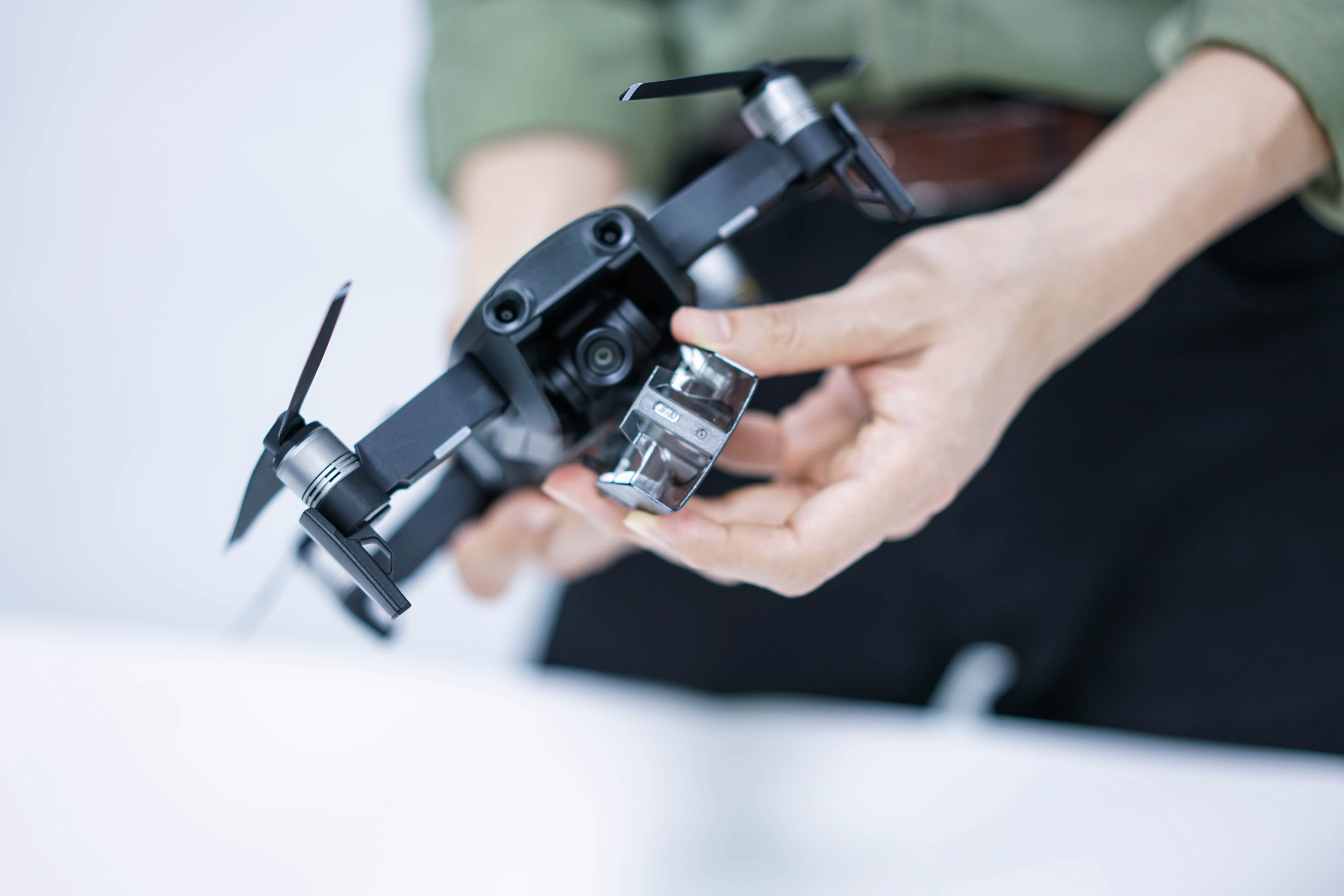 The Mavic Air now has 8 GB of internal storage for those times when you can’t find your MicroSD or you run out of space. Photos and videos are stored directly in the internal memory with easy and fast export via a USB-Type C port. 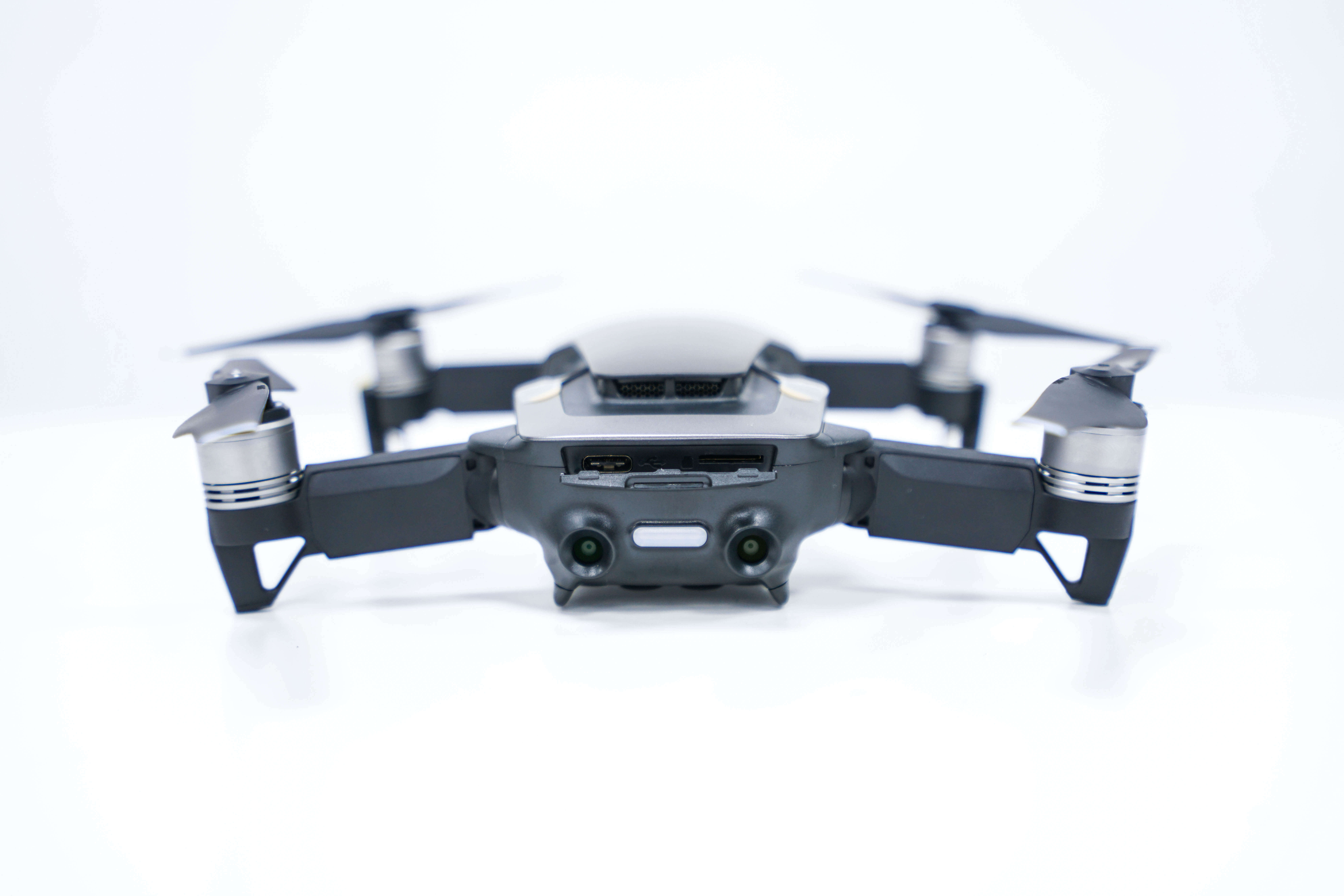 The Mavic Air has seven onboard cameras that are reinforced by durable, magnesium alloy brackets, offering a more robust framework for better performance. 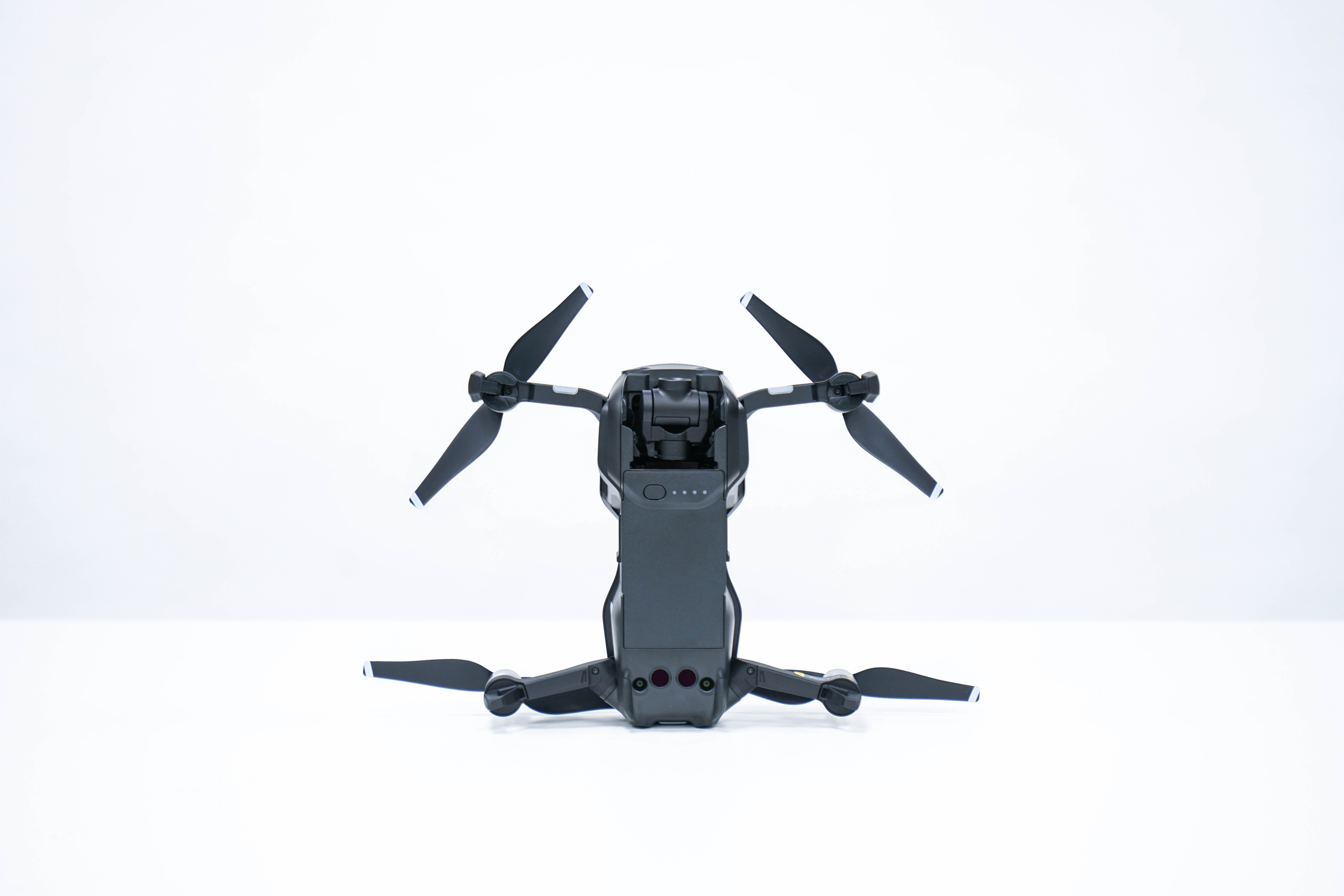 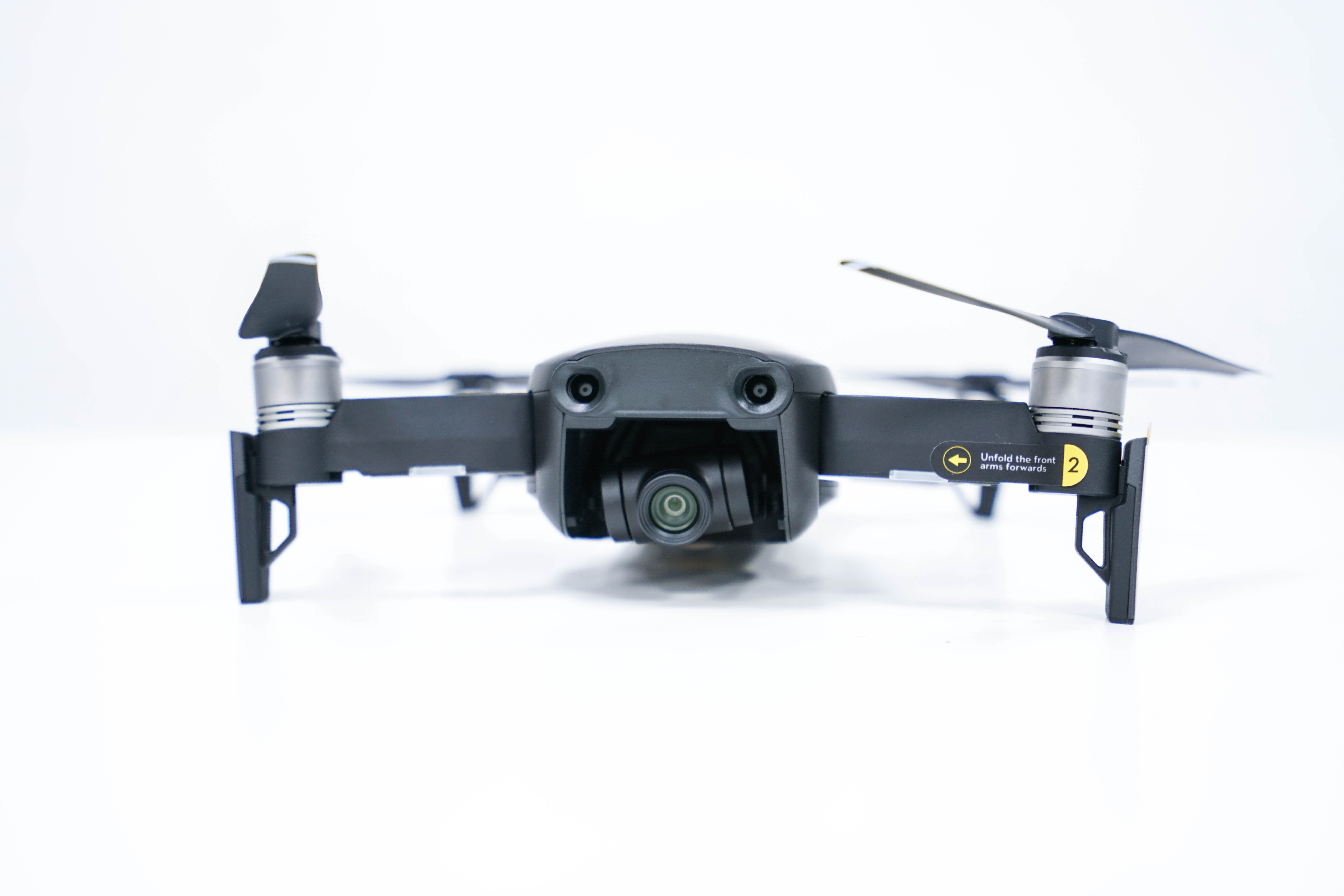 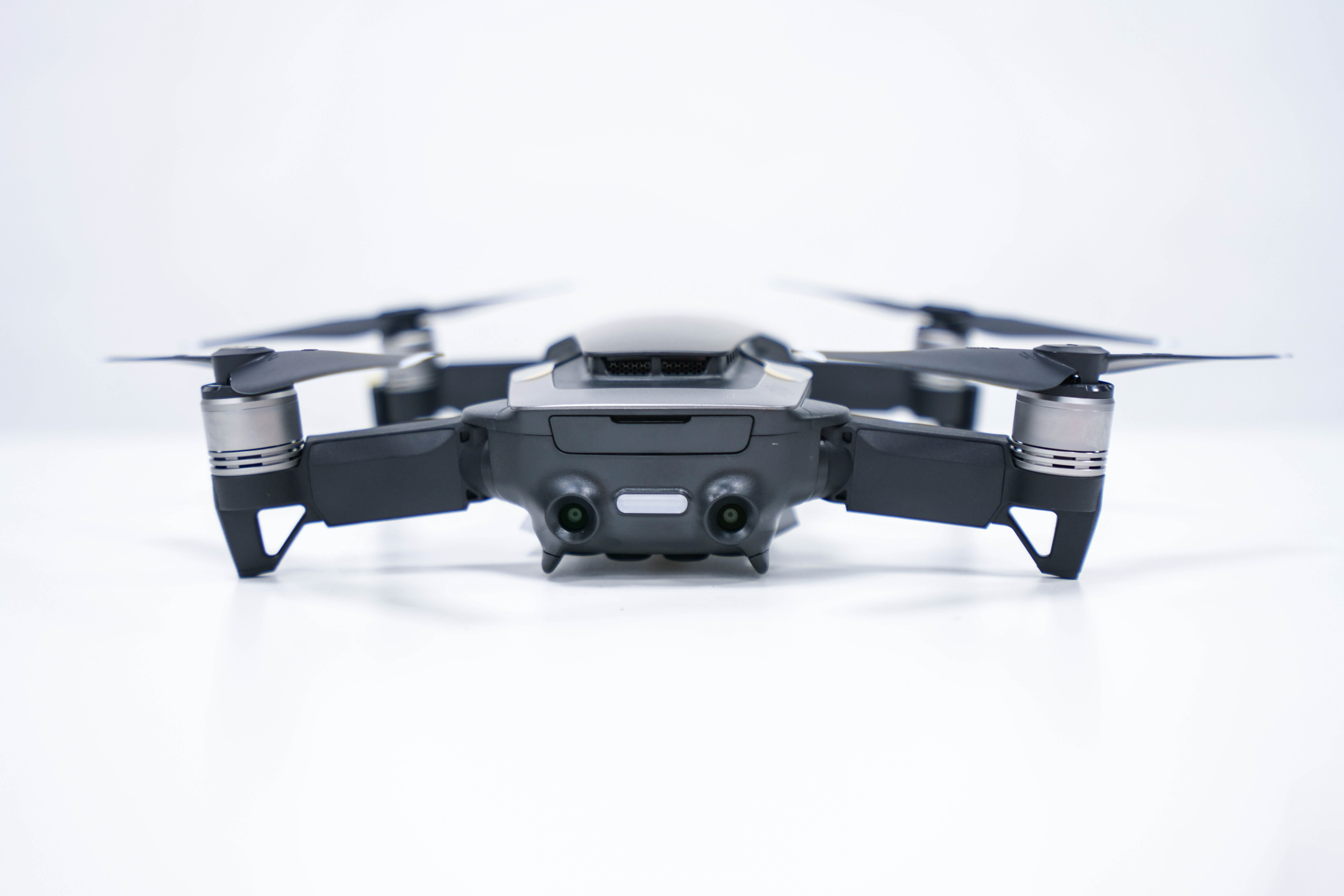 These onboard cameras form part of an updated FlightAutonomy 2.0 System, which makes the Mavic Air DJI’s most intelligent Mavic yet. This system also enables a 3-directional environment sensing system: forward, downward, and rear dual cameras sense the environment three-dimensionally and in real time.

Well, there you have it – DJI’s next iteration of the drone revolution. The Mavic Air truly redefines what drones can do, pushing the standards of the industry higher than ever before and ready to deliver excellent images and high-end performance for all your adventuring needs.

Check out the standard Mavic Air combo, or if you’re feeling inspired, why not check out the Fly More Combo where you get all of the above including a Battery Charging Hub, Battery to Power Bank Adaptor, and Travel Bag thrown in for good measure. 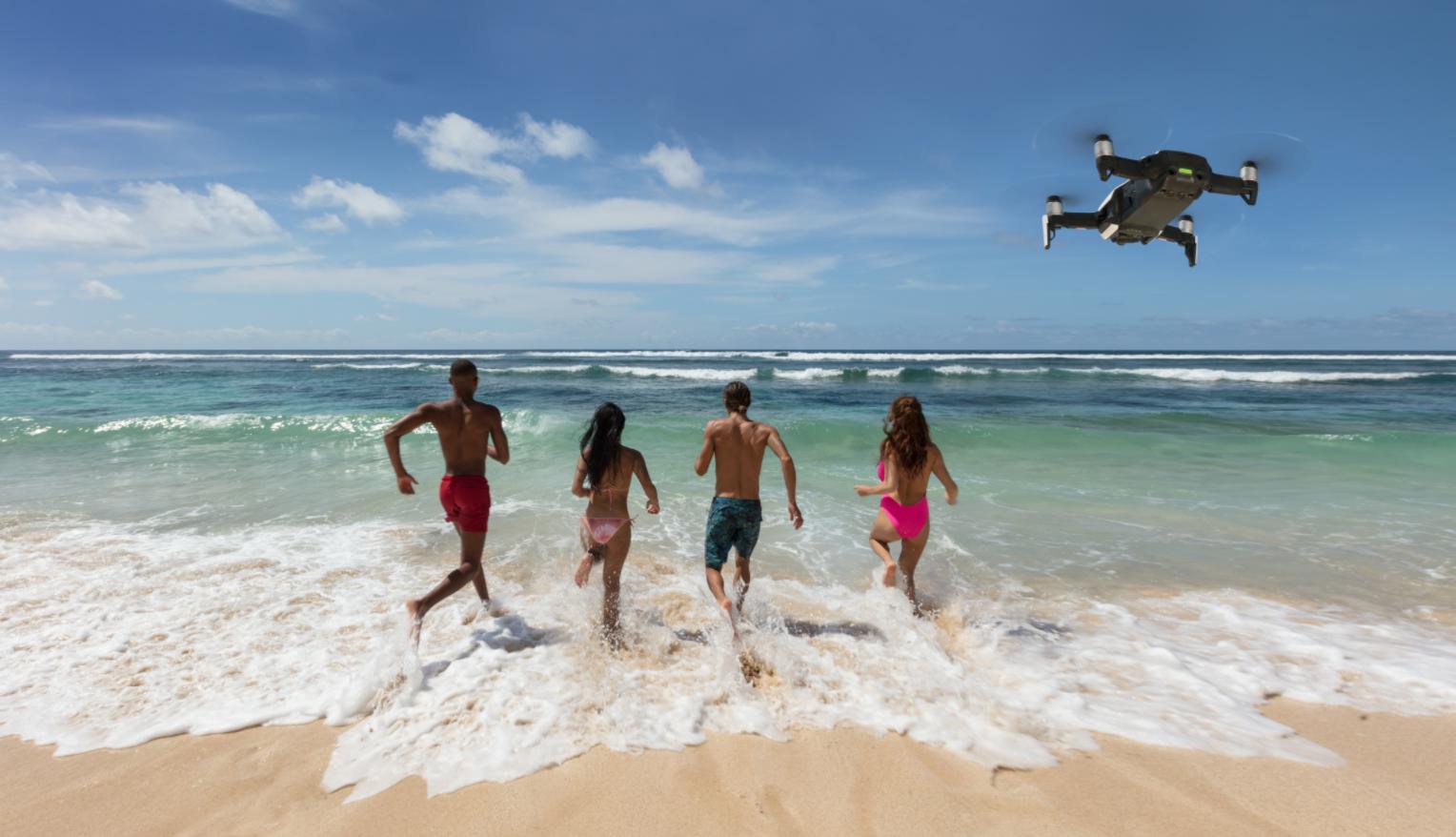 DJI Introduces Knowledge Quiz for Drone Pilots in the UK Test is the latest step in DJI’s long commitment to improving drone safety DJI, the world’s leader in civilian drones and aerial imaging technology, is introducing a knowledge quiz this Friday for all pilots who are operating drones in the UK airspace. The test comes... 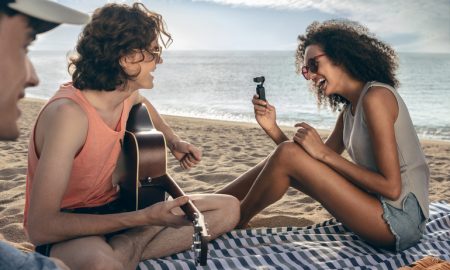 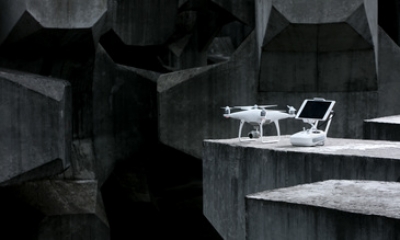 DJI released the following today. Drone operators can now take advantage of the DJI’s AeroScope technology. There has been some debate over the merits of the technology. But the proof is in the pudding and here is an opportunity to test it for yourself. Whether this becomes a standard is...