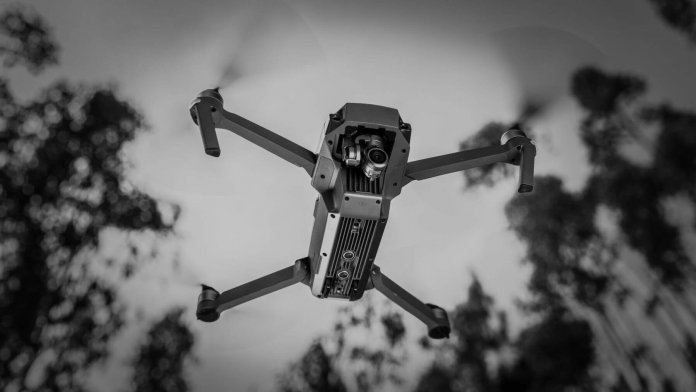 During the peak frenzy for DJI’s Mavic Pro late last year – when demand outstripped supply and they were nearly impossible to obtain – an ad popped up on the popular classified ad service, Kijiji. There they were: A limited number of the sought-after foldable drone. The price, we seem to recall, was $1749 CDN, with no tax. 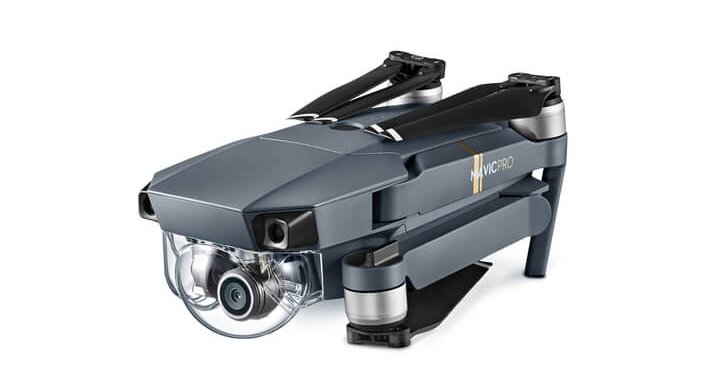 There were about a dozen available, and they were gone in a flash.

For the people who scored them, it probably seemed like an awesome deal. After all, those people beat the queue for an in-demand product. But here’s the issue: The products were “Grey Market” – they were brought in privately by an individual or company – rather than sold via an authorized DJI dealer.

And that can lead to problems, explains Kevin On, DJI’s communications lead in the Asia-Pacific region.

“When customers purchase DJI products on the grey market, it may not meet local specifications or comply with local standards, which would pose potential risks for the user,” Kevin explains. “For example, products illegally shipped from China to Australia will not have the  safety notifications Australia’s Civil Aviation Safety Authority, which is required by federal regulators.”

Worse-case scenarios have even come to light. For example, there have been instances where DJI products intended for an entirely different part of the world (where the power supply and plugs differ), wind up in the wrong supply chain. If you buy a DJI product not intended for your 120V from some faceless online seller, don’t be surprised if they’re not willing to rectify the issue.

Perhaps one of the most crucial parts of the problem is this: A grey market product is not covered by the official DJI warranty. Kevin has seen cases where a warranty-covered issue could not be honored because of where the customer purchased the product. In one example, he shared about a customer who purchased a new DJI product via eBay. After four months, a technical issue arose. The eBay reseller refused to provide any support.

And what do you suppose happened next?

“The reseller directed him to the local DJI service center for a quotation on this billable service. Had he purchased the product from an authorized DJI dealer, reseller, or via DJI’s online store, he would’ve been able to avoid the repair fee given that the product issue was under the product warranty.”

Instead, the consumer had no choice but to pay the bill. Ka-ching.

The whole grey market phenomenon, not surprisingly, follows the rules of supply and demand. In a sector where demand grows each and every year, the grey market naturally follows the course. Kevin says it’s a significant issue in India, Malaysia, Australia, and even North America. Basically, anywhere people demand DJI products, sellers on the grey market will offer the supply.

“This is the very reason why customers need to know the risks of purchasing from the grey market,” says Kevin.

During the company’s early years, a common complaint was DJI’s service could sometimes be rather slow. At least that’s what many customers said. There were long waits for fixes and shipping, not very timely online support, and a host of other issues that really turned off some DJI fanboys and fangirls. That alone could be reason enough, some might argue, to go the grey market route.

Kevin acknowledges the criticism, but says DJI has taken great steps to improve the quality of its service.

“We’ve improved the speed and quality of our repair service. For example, in Australia, 90% of the repair cases now can be resolved within 5-6 working days, down from 15 one year ago.”

Kevin also maintains that keeping pace with a growing palette of products is a priority.

“As DJI’s product portfolio continues to expand, we’ll need to cover a broader customer base and continue to explore different approaches to meet the needs of everyone.”

One of those approaches, especially for first-time pilots, is the DJI Care Refresh program. By paying a small extra fee, customers can get up to two replacement units during the 12 months that DJI Care Refresh lasts. 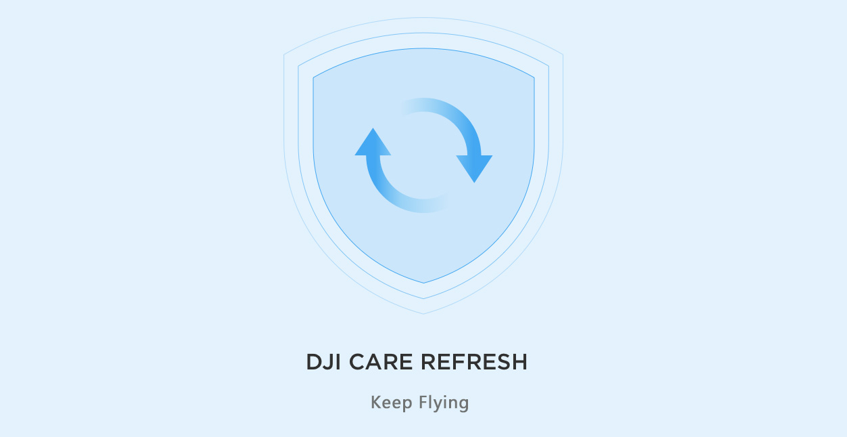 Too bad we didn’t have care refresh when this happened – a truck ran over our P4P. Ugh. That was a really, really bad day. 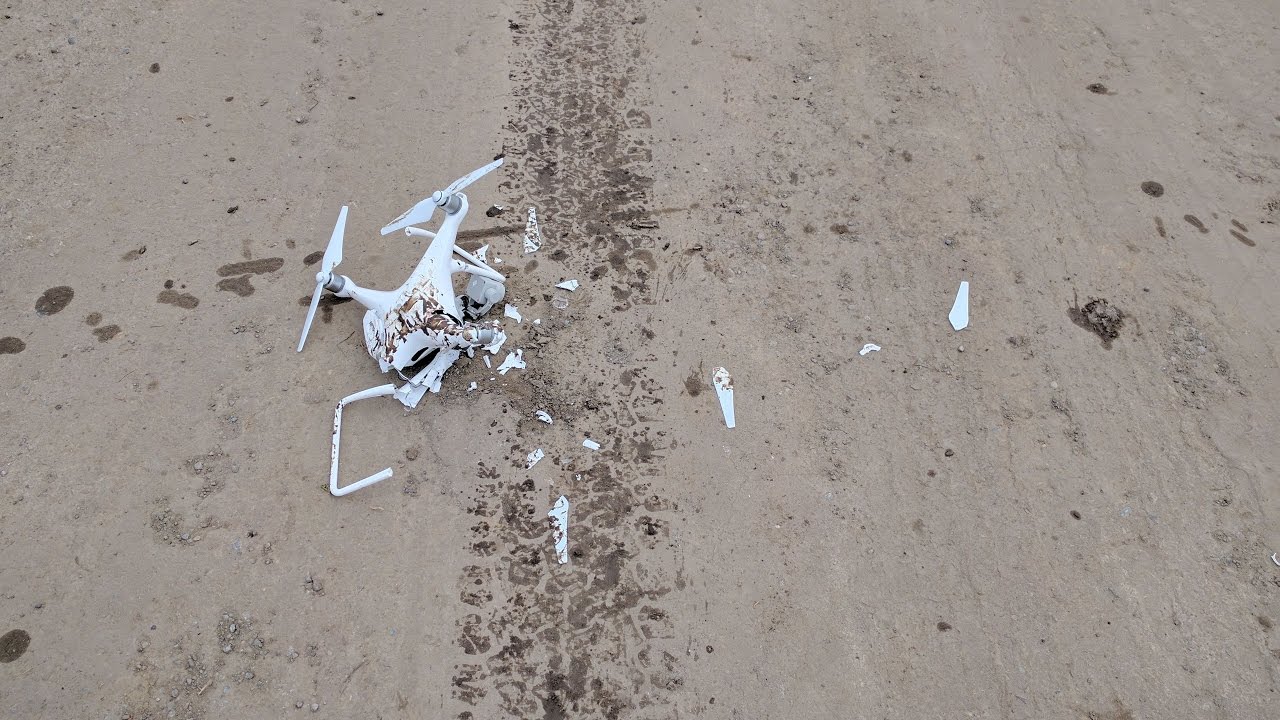 As a brief aside, a good friend of ours lodged his Mavic Pro into a very high tree-top recently. When he was finally able to nudge it out, it toppled all the way down to the ground (there’s a reason gravity is called a “law”). The gimbal and camera no longer functioned, and it was his own fault.

He asked me what to do. I told him to ship it to California to the DJI facility. Last week I asked him how it turned out.

“Awesome!,” he replied. He said DJI basically turned his aircraft around in a day or two and shipped it back. It works perfectly, and his repair cost was about $100.

“It was very professional, very smooth,” he said.

One other thing to look out for: products that appear to be made by DJI but are not. We’re not talking here about drone clones as much as accessories that look like the real deal. Batteries, for one, have surfaced that have a similar appearance, feel and packaging as a genuine DJI product. They’re generally priced lower than the product is on the DJI Store. And, you know what? They can ruin a perfectly good day – and a perfectly good drone.

We get it. Everyone likes a deal! But an informed consumer makes wise choices.

Please – for you own sake, buy only from authorized sources, including the DJI Store. It’s also for the sake of the hard-working dealer network; there is nothing worse than going and using a salesperson’s time and expertise at an authorized dealership, only to then go and purchase on the Grey Market. Not cool.

Kevin has kindly gathered a few resources, which we’ll paste below for your reference.

“We have a comprehensive outline of our product warranty and service policies on our website (https://www.dji.com/service/policy) that we encourage our customers to read. We also have after-sales support across all our flagship stores and live chat with our support staff (http://www.dji.com/support).”

And a parting thought from Kevin?

“As flight safety and product reliability are our top priorities, there’s a need to educate our customers, especially as our products become accessible to more people, many of whom are flying a drone for the first time. We want to make flying fun, easy, and most importantly, safe for everyone. Thi includes those operating the drone and anyone nearby on the ground or in the air.”

We hope you found this information helpful. We certainly did!

8 Crucial Things to Know Before Buying a Drone For Photography

8 Crucial Things to Know Before Buying a Drone For Photography By Charles Chen 2017-08-01 Photography drones allow individuals to capture photos that previously could only be taken from helicopters or planes. More and more photographers are buying drones and trying their hand at aerial photography. If you’re new to both drones and photography, start...

Mapping Out a Drone Photo Route

Mapping Out a Drone Photo Route By  TY Poland  – 2018-06-20 Planning is one of the most important aspects of aerial photography. I like to map out my shooting sessions well in advance so I can choose the exact days and times when I know I’ll be able to capture the exact image I want. If you...