Go Back to Shop All CategoriesFlight AcademyGuidesNews
HomeBlogGuidesBest Cheap Drones – Read on or regret it later! 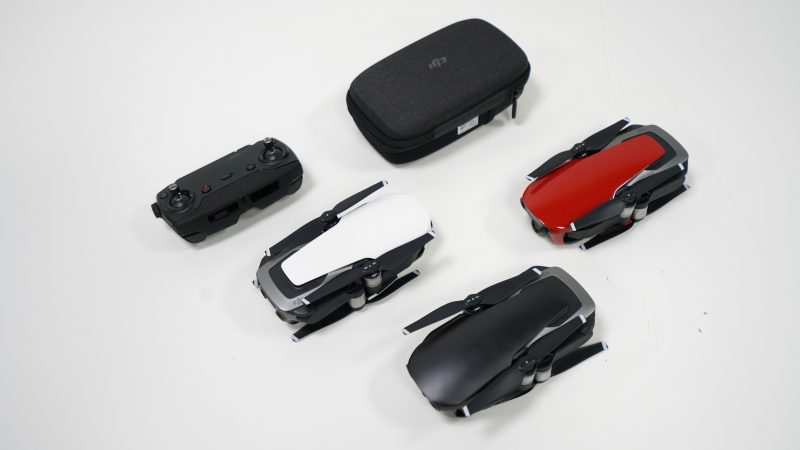 As with any electronic item, technology continues to develop and components become easier to produce, allowing product prices to become lower and lower for the consumer. The story is the same with drones after years of innovation driven forward by DJI.

Ten years ago, for example, a drone was a highly exclusive product costing thousands and only being accessible to specialized industries or super rich individuals. Today however, we see a range of drones available, accessible to all consumers at a variety of price points. From mini toy drones to racing drones and aerial cinematography drones, cheaper drones have not only revolutionized the UAV industry but are transforming photography, videography, and electronic toy markets worldwide.

In this guide we take a look at three of the most affordable cheap drones DJI has to offer, plus we’ll answer a few FAQs for beginners entering the drone world.

What cheap drone to buy? 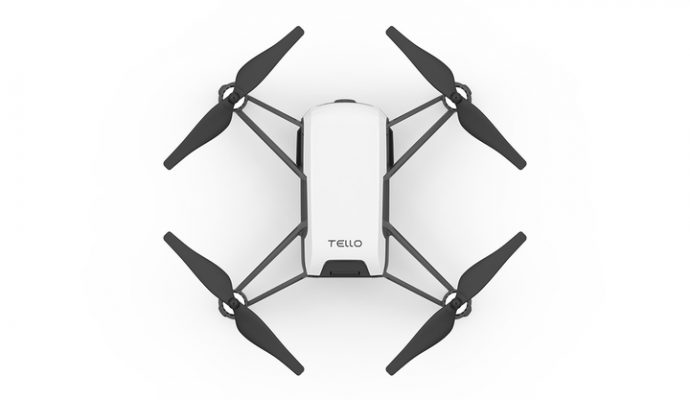 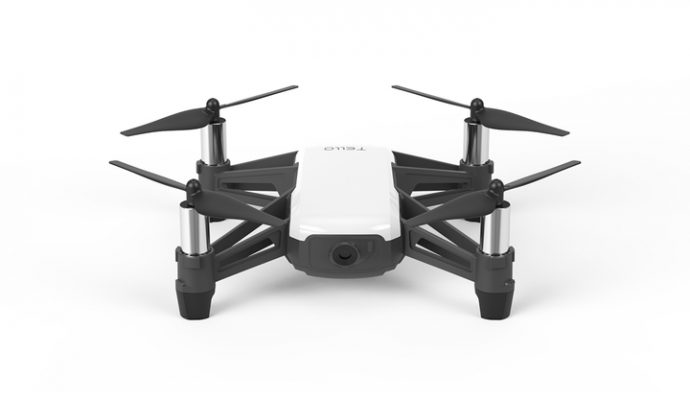 Tello is the ultimate cheap drone for beginners or any pilot who wants a budget drone to practice aerial maneuvers with. The quadcopter design of the Tello makes for an easy to fly yet solid and stable build quality, perfect for kids and beginners learning about drones. Tello can be flown safely outdoors as well as indoors thanks to its small lightweight body and protective propeller guards – no more rainy windy days grounding your flight plans! Plus, as Tello features an HD 720p camera, pilots can capture photos and videos on the go where ever they are, making Tello the best cheap drone with a camera. One amazing highlight of Tello for the price is that breathtaking FPV (first person view) flight is possible through smartphone VR headset compatibility. For this low cost, Tello packs incredible tech into an 80g package giving a flight time of 13 minutes and range of 100m. Whether you are new to drones, an experienced pilot or want some fun taking snapshots with the kids, Tello is the cheap mini drone for everyone.

The next drone up the price hierarchy, yet still affordable, is Spark. A small drone packing a bunch of features makes it the coolest and cheapest GPS drone to have in your pocket to capture every moment. On-board is a full HD 1080p camera with 2-axis gimbal stabilisation allowing pilots to capture crisp silky smooth shots from above, perfect for anyone starting out as an aerial content creator. Launch Spark from your hand with PalmControl, snap a selfie with Gesture control and shoot a dronie with QuickShot – Spark has so many highlights you will never struggle to get all the shots you need from your smartphone. Want some more features? Pair up Spark with the dedicated remote controller and unleash Sport mode with lightning speeds up to 50kph for some seriously fast aerial operations. Still not impressed by this 300g bundle of tech? Strap on some DJI Goggles and race around FPV style with your friends in pursuit at distances of up to 2km away. Spark is the small cheap GPS drone with a full HD stabilized gimbal camera bursting with features for the price. Capturing the moment has never been so fun! 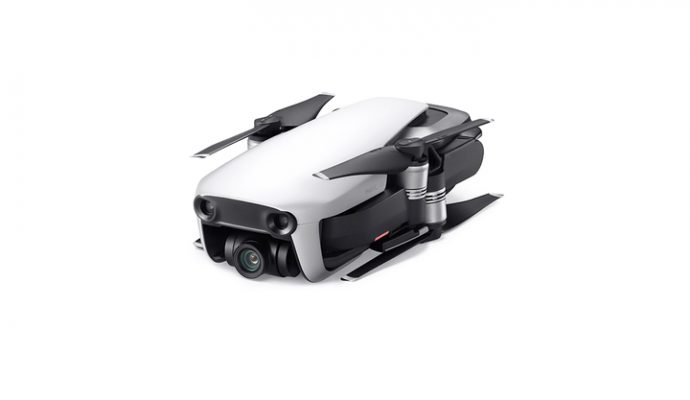 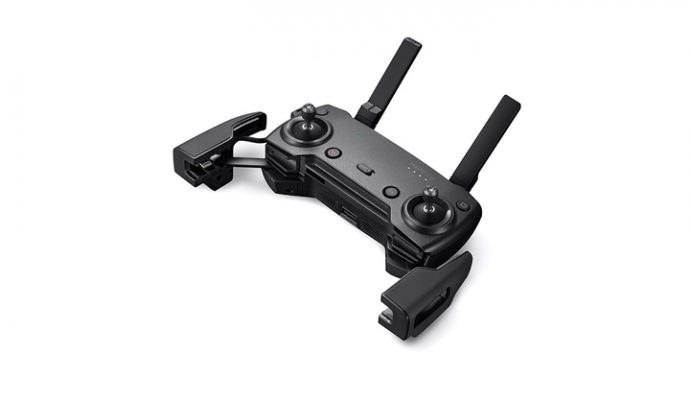 So you want the best cheap drone for aerial photography and 4K videography? Let us introduce you to the Mavic Air. With the tech squeezed inside the portable Mavic Air giving up you up to 21 minutes flight time and an astonishing 4km range, the first cheap long range drone now exists. The Mavic Air is designed to be ultraportable and folds down to the size of a smartphone ideal for those traveling with their drone in a backpack. Don’t let the size and affordable price fool you though, the Mavic Air is loaded with a 4K UHD camera and a 3-axis mechanical gimbal giving your footage buttery smoothness and high resolution. The Mavic Air really demonstrates the progression of drone engineering and how affordable this technology has become for aerial photographers and videographers. Only a few years ago, shots similar to that of the Mavic Air would have been taken from helicopters by large production companies. Now, here in 2018 we have the same flight performance, functionality and image quality for an affordable price, sitting in our backpacks ready to be launched for limitless exploration.

You need to ask yourself what type of drone you want. Drones can generally be divided into three categories: camera drones, FPV racing drones, and toy drones.

Generally speaking, most DIY drone making occurs in the FPV racing community whereas most camera drones such as the DJI Mavic Air are bought ready to fly. If you’re in the market for a camera drone for photography or film then perhaps start by buying a drone. Building something as feature packed and high tech as the Mavic Air or Spark will be very costly and very time consuming – plus there is no guarantee the final drone will even work if you made a small mistake during the build.

Many FPV racers build their own drones for a number of reasons. First, as an FPV pilot is it important to understand how the drone and all its components work. This allows repairs to be made after a crash on the circuit or even to upgrade certain components for some extra speed and agility. Second, components for FPV drones can often be sourced relatively cheaply but some technical know-how is required for a successful working drone.

You need to ask yourself what functions you want from your drone. Cameras in drones provide two functions: capturing image data such as photograph or video and transmitting video during flight. Without a camera you obviously cannot do either but with any camera a drone can become an incredibly powerful piece of equipment. Cameras on DJI drones provide HD video transmission for a real-time view direct to your smartphone or mobile device. This enables the capability of FPV and the capture of aerial views as seen with the press of a button. Full HD and UHD 4K video recording are also features on a number of different DJI drones.

Drones without cameras are generally regarded as toy or micro drones. Flying without a camera means the pilot is flying by visual line of sight (VLOS).

a.   Read the manual – flying a drone can be tricky for beginners and potentially dangerous. Reading the manual from cover to cover is an absolute must. Even for experienced pilots, understanding how a new drone works is very important. Almost all drone crashes are due to pilot error and many can be avoided by understanding all features and learning how to fly your drone correctly.

b.   Respect the weather – drones are sensitive to the weather, particularly wind and rain. Most drones should not be flown during any precipitation (rain, snow, etc.) and all drones have a maximum wind speed tolerance which can usually be found in the manual. Like we said – always read the manual! A few handy apps are available for specifically checking drone flight conditions such as UAV Forecast and Hover.

c.    Learn the law – all countries and regions have different regulations regarding flying drones so always check the law and airspace rules in the area you plan to fly. Not doing so is potentially dangerous to aircraft or people and you may end up with a hefty fine or even face legal prosecution.

d.    Pre-flight preparation – a responsible drone pilot should always perform a pre-flight checklist. Whether this is done mentally, in writing or using an app, it is crucial to avoid problems and crashes during flight. Pre-flight prep should include checking the aircraft, propellers, firmware, remote controller, mobile devices and software, batteries, weather conditions and airspace regulations. Search for a pre-flight checklist online and adapt one which works for you. 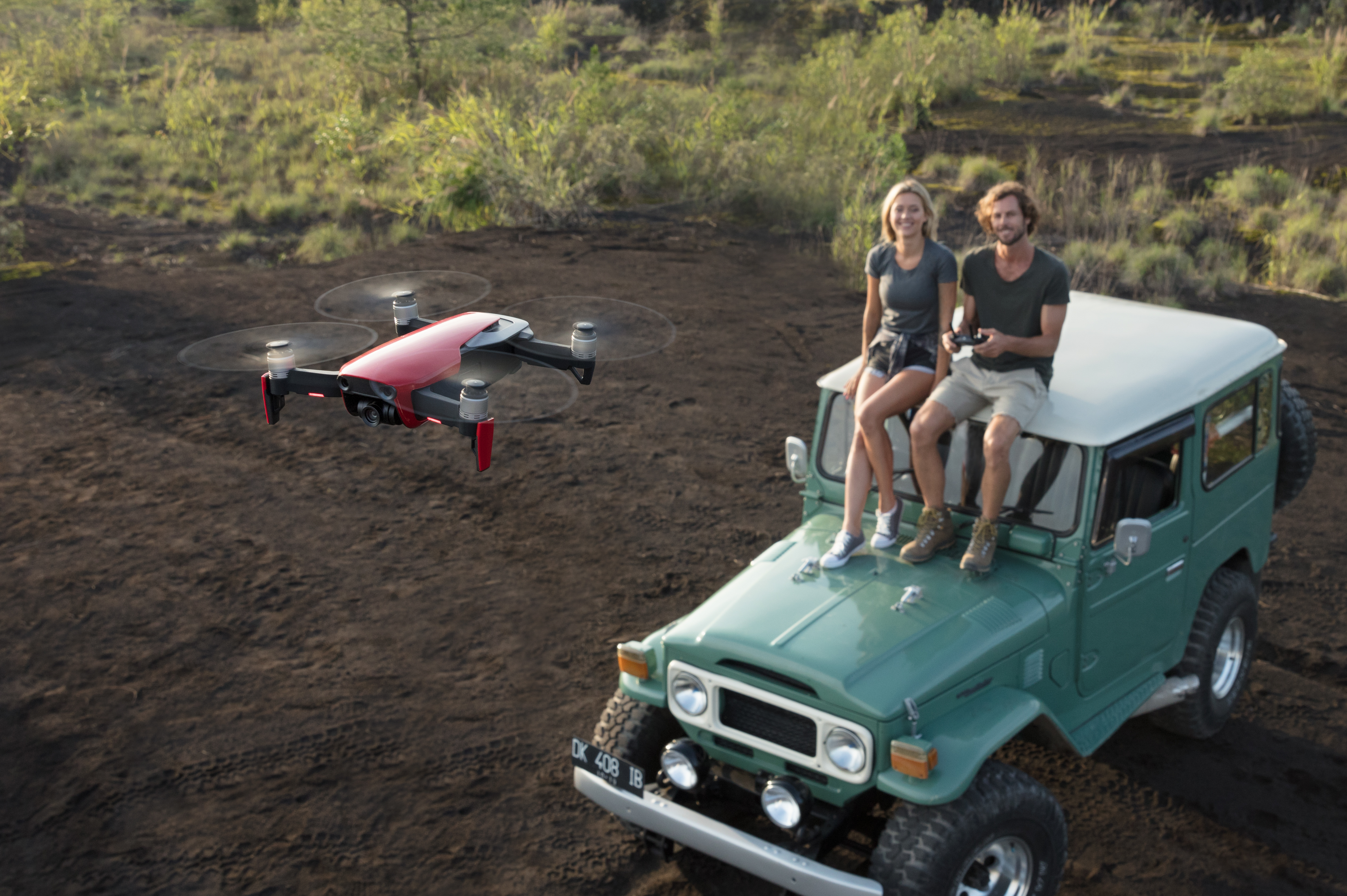 f.     Don’t be afraid of it – have fun! The first flight can be daunting but if you are sensible and have followed the tips above then you are ready for take-off! Stay aware and concentrate during the flight, but also enjoy it and welcome to the world of drones.

Whether you choose Tello, Spark or the Mavic Air as your cheap drone, they all offer the best drone technology on the market at an affordable price. Even though the price of drones has become cheaper and cheaper, they are still powerful devices which need to be flown safely and responsibly. By following our six steps towards take-off you will be up in the air exploring and capturing content to share with friends, family and all the other new pilots in the drone community!

10 Ways to Use SmartCapture with the Mavic Air SmartCapture offers a new way of controlling the Mavic Air by hand and taking photos or videos however you like. It’s so intuitive and straightforward that even beginner pilots can master it. Now let’s take a look! (Note that the aircraft firmware v1.0.1.0 or later is...

How Portable Can Mavic Air Be?

How Portable Can Mavic Air Be? You probably have already heard a lot about the impressive portability of the Mavic Air and no doubt you have seen various pictures of it next to mobile phones, cans of soft drinks, bananas, etc. This time, we want to show you how portable the Mavic Air is from some other...